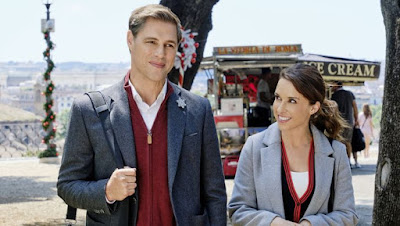 Listen To Episode 7 - Christmas In Rome

Lacey Chabert plays an independent-minded American tour guide named Angela, who is fired from her job in Rome just before Christmas. She crosses paths with an American executive named Oliver (Page), who wants to buy a high-end Italian ceramics company. Oliver hires Angela to be his tour guide around the Eternal City, as the owner of the ceramics company won’t sell it to him until he learns “the heart and soul of Rome.” But is there another heart and soul that he may win?


Mary has returned, along with guest host Meghan, and of course, Sarah to go through the paces of this podcast: Hallmark Christmas Bingo Moment, #Relatable, and the Red Pen Rewind and Rewrite of CHRISTMAS IN ROME!

Happy Thanksgiving to everyone and keep on watching, listening & reviewing!!!

Got a plot line that needs to be included?  Got a question or a comment?  Drop us an email at hallmarkedup@gmail.com

Popular posts from this blog 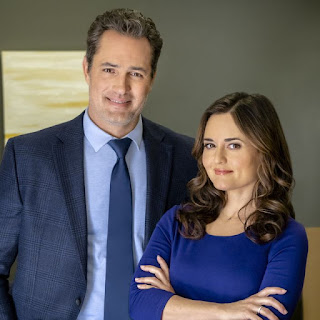 Mary and Sarah return to form to discuss Matchmaker Mysteries latest release A FATAL ROMANCE.  Will their traditional Hallmarked Up format work on a Hallmark Mystery?  Have a read of this plot: When a romance writer is murdered, matchmaker Angie Dove gets entangled in another case…and with Detective Kyle Carter. Can they read between the lines to find the murderer? Stars Danica McKellar & Victor Webster.   Listen Here! Got a plot line that needs to be included?  Got a question or a comment?  Drop us an email at  hallmarkedup@gmail.com Socialize with us! Facebook Instagram WHERE TO LISTEN
Read more 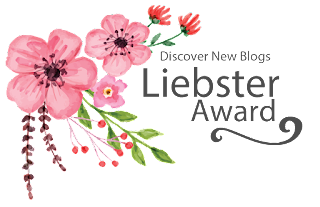 We recently found out we were nominated for a Liebster Award by our friends at hallmarkinrealife.com !  Thanks so much guys.   What is the Liebster Award? The Liebster Award is an award that exists only on the internet and is given to bloggers by other bloggers. The earliest case of the award goes as far back as 2011. Liebster in German means sweetest, kindest, nicest, dearest, beloved, lovely, kind, pleasant, valued, cute, endearing, and welcome. Here we go following our instructions...albeit reminding us of our chain letter youth! In accepting the Liebster Award, there are a few rules that we must follow. Thank the nominator in our award post Place the award logo somewhere on our blog State 11 facts about us Complete the questions that our nominator provided Nominate as many bloggers as we’d like for recognition (11 is the maximum) Ask our nominees a series of questions (11 is the maximum) Our facts: There are 2 of us who lead at HallmarkedUp Mary & Sar
Read more 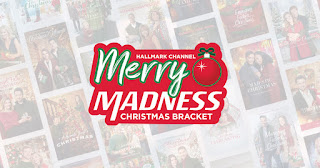 So Mary and Sarah have decided to talk you through their bracket for March Merry Madness while they #stayhome.   So have a listen and get your spirits up a bit!  We all need a little Hallmark Christmas Movie Marathon right now! Listen Here! Got a plot line that needs to be included?  Got a question or a comment?  Drop us an email at  hallmarkedup@gmail.com Socialize with us! Facebook Instagram WHERE TO LISTEN
Read more